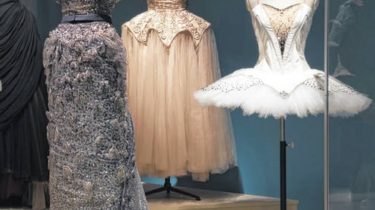 A delegated gem of the new display at the Fashion Institute of Technology is a feathered white tutu. It might look, to the undeveloped eye, similar to any expressive dance ensemble. It is, notwithstanding, anything besides.

Worn by the notable Russian ballet dancer Anna Pavlova in her most celebrated job, the Dying Swan, the tutu contains 1,537 plumes. Keepers at the Museum at FIT know this on the grounds that the plumes must be checked to get the tutu through the grant procedure to land in the United States, from Britain. At FIT, the tutu lives in its own frightened case with 37 screws keeping it protected and secure.

The dispatch this seven day stretch of “Ballerina: Fashion’s Modern Muse” was planned to agree with New York Fashion Week, exploiting all the editors around. In any case, the association is more than calculated: The show contends that expressive dance has impacted design both very good quality and easygoing, beginning in the mid twentieth century and up to right now.

The show highlights 90 things, including artful dance ensembles, couture outfits and athletic wear, or what people today call “athleisure.” Ballgowns or gathering dresses from top names like Dior, Chanel and Lanvin are shown alongside the artful dance outfits that motivated them.

To Patricia Mears, caretaker of the show and appointee executive of the Museum at FIT, artful dance’s impact is “everywhere.”

“So (if) you’re looking at a formal gown made out of silk tulle that is covered with spangles and has a satin bodice, immediately you think of a ballerina’s tutu,” Mears says. ”If you look at the flat ballet slipper, millions of women wear that kind of shoe today. And then the leotard, the leggings … all these things have found their way into fashion. It’s ubiquitous.”

While artful dance’s ubiquity plunged to some degree toward the finish of the twentieth century, Mears feels it’s increased impressive ground over the previous decade, somewhat because of the notoriety of “Dark Swan,” the 2010 film that won Natalie Portman an Oscar, and incompletely because of the utilization of internet based life by artists to associate with crowds. A few artists have gotten comfortable social figures (none more than Misty Copeland, for instance, who has traversed into standard fame.)

Also, style has assumed a job in the wonder, contends Mears: “The collaboration between high-end designers and ballet companies has been a really important force in making this change as well.”

The most evident model: New York City Ballet, which has contributed nine outfits to the show, including the late ensemble fashioner Karinska’s celebrated tutus from “Gems” by George Balanchine, and a 2012 outfit for “Orchestra in C” by current NYCB outfit executive Marc Happel. The organization’s yearly fall style affair acquires noted architects to make ensembles for new ballet performances consistently.

Additionally on credit from NYCB: the beautiful long pink tutu worn by the Sugarplum Fairy in “The Nutcracker” — a character that is “each and every young lady’s fantasy,” says Happel. “She has two costumes — she’s one of the only characters that does. This one is made of a very beautiful satin bodice and several layers of tulle, which are different colors. That can be very subtle, but it creates more depth in the classical tutu.”

Echoes of that tutu, truth be told, can be found in an exceptionally present day thing Happel has added to the display: the wedding dress they intended for Sara Mearns, NYCB’s star ballet dancer and an old buddy, for her 2018 marriage, a shocking pink dress with spaghetti ties and a gem encrusted bodice.

In one segment, the display withdraws from the European high style components — the Lanvin, the Chanel, the Dior designs propelled by artful dance — to look an especially American marvel of the twentieth century: activewear.