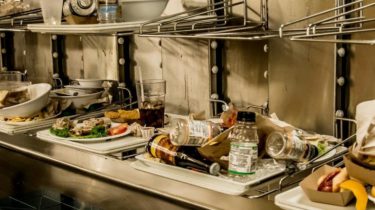 Current principles expect youngsters to take a full cup of organic products or vegetables with every feast. The proposition just requires a large portion of a cup.

“If it reduces it, that would be great because the portions are large right now so that would give some flexibility,” Wardell said. “I’m not going to plan on modifying our meal pattern and our menu choices to a place where it’s just going to focus on just french fries. We’ve already got past that. I see us trying to make a commitment to more whole foods first.”

Wardell said the Healthy, Hunger Free Kids Act of 2010, which was bolstered by previous first woman Michelle Obama, was good natured and did a great deal to advance smart dieting. Be that as it may, he likewise noticed the program was not without its troubles.

One unintended outcome, Wardell stated, was nourishment squander. Also, the progressions set forth Friday focus on that waste.

As indicated by the USDA’s proposition, “Some program operators also report challenges with food waste and report that children are throwing required vegetables in the trash.” The USDA’s School Nutrition and Meal Cost Study evaluated that 31% of vegetables served in schools are squandered.

In any case, Natalie Tauzin, Spokane Regional Health nourishment arrangement and sustenance advocate, said concentrating on the cost of nourishment squander is silly in correlation with the expense of corpulence.

Tauzin said the school rules evened the odds for sustenance. They likewise said the progressions come at a crucial time, when profits by the 8-year-old program ought to be working out as intended.

For Spokane Public Schools, the nourishment squander issue was progressively articulated when the program began. In any case, Wardell said the measure of waste has decreased as understudies turned out to be progressively acquainted with the more advantageous choices.

“Whole grains – a lot of kids didn’t like them at first,” Wardell said. “We have all (whole grain options) except for maybe one item, and I don’t think we should go backwards.”

Tauzin said that as indicated by a nourishment utilization study they directed at the rudimentary level for Spokane Public Schools, the greatest reason for nourishment squander was the contracted lunch time frame.

“Elementary school children are given a recess time, and so they have to divide the time between eating and recess,” Tauzin said. “Typically, they say it’s 15 or 20 minutes, but by the time they leave their classroom and actually get to sit down and start eating, it’s closer to a 10-minute lunch time.”

“Nourishment utilization generally – including foods grown from the ground – increments, since now kids have been out to play, they mingle, are ravenous, they’re parched and they improve work when they return into the cafeteria,” Tauzin said.

As a dietitian, Wardell suspected the 2010 demonstration’s lessening in sodium – which was a multistep program – was excessively outrageous.

“It was almost to the level of a cardiac diet,” Wardell said. “So they were saying ‘OK, well, let’s just get it to a really low sodium level so that will prepare them to not like salt when someday they have to deal with hypertension,’ but only 20% of the population from my understanding struggles with hypertension.”

Wardell said the diminishing in sodium brought about less-delightful nourishments.

“We’ve had struggles with taste,” Wardell said. “Kids don’t like the taste of the food anymore. … We have other ways to season food, and we’ve been able to come up with options, but I felt that the final level they were shooting for was a little more restrictive than was needed for the population.”